We have uncovered snippets of social history concerning employees and their families at Garlogie Mill and in due course hope to build a detailed picture of what it was like to live and work there.

Until 1833, when the Factory Act was passed, young children were could be working very long hours in factories and mills where conditions were often terrible. The key requirements of the Act going forward were that no children under nine years of age were permitted to work and employers must have an age certificate for their child workers to prove their ages.  Children of 9-13 years to work no more than nine hours a day, children of 13-18 years to work no more than 12 hours a day.   Children were not allowed to work at night and there must be a minimum of two hours of schooling per day. Factory inspectors were appointed to enforce the law.

From the Inspectors’ parliamentary returns for the mill and factories in 1838 we get an interesting snapshot of the Aberdeenshire situation.  There were 15 mills in the shire at the time, comprising 4 cotton mills, 7 woollen mills and 4 flax mills. The mills were all based in the city of Aberdeen except for woollen mills at Garlogie and Fintray. Between them they employed 5,821 people, of whom 4,577 were females (79%) and 1,244 males (21%). There were 191 children employed aged 9 – 13 (3%) and 2,542 adolescents aged between 13 and 18 (44%). This paints a picture of an overwhelmingly young and female workforce involved in spinning and textile manufacturing. The average mill in Aberdeenshire employed 388 people, Garlogie at the time employed 179 people, showing that the mill was about half the average size. The Inspector’s return also gives an interesting summary of the type of motive power being used by Aberdeenshire mills.

We have a few illuminating pieces of information which give an insight into the lives of some of Garlogie Mill workers. Probably the most extraordinary and untypical is the life of John Milne who was born in 1862 and started work as a mill boy at Garlogie Mill in about 1870 (? – one hopes he was older than 9). Later he went to Aberdeen and for a number of years was employed by James Smith at Kaimhill Farm. He then moved on to Ruthrieston Farm, which he worked for 48 years as a market gardener. Amazingly, when he retired in 1919 he bought the 1,000 acre estate of Easter Beltie in Glassel (near Torphins) which contained several farms.  By all accounts he was an ardent church goer and a liberal giver to charitable institutions. He died in 1937 leaving a wife, seven daughters and two sons.

Then there are the stories of twins Alexander and William Norrie born in 1824 in Echt. They were the children of Alexander & Catherine Norrie, along with Jane born in 1826 and James born in 1832, (his twin brother John dying in 1836). Alexander and William spent almost their entire working lives at Garlogie Mill, both working as wool spinners. The family lived at No 1 Garlogie cottages until about 1861. Alexander was apparently deaf from an early age and never married. He died in 1917 aged 93 and is buried in Skene. William had 7 sons and 1 illegitimate daughter (Isabella Bissett) in 1861. He died in 1912 aged 87 at Balblair, Midmar and is also buried in Skene. 1 Garlogie Cottages is the first building on the right as you drive into what is now the Garlogie Village Hall car park. 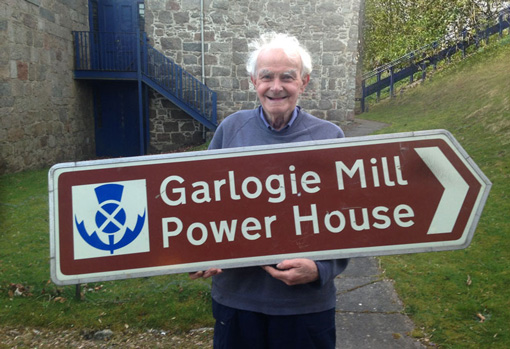 Eric Thomson was the Caretaker for the Garlogie Mill Powerhouse Museum and Garlogie Village Hall for too many years to count, finally retiring in mid-2020.  It is believed that he lives in the same cottage as the Norrie family lived until about 1861. Eric has always taken a great interest in beam engine and power turbine matters and is a mine of local information.  He is a wonderful man and a great character. 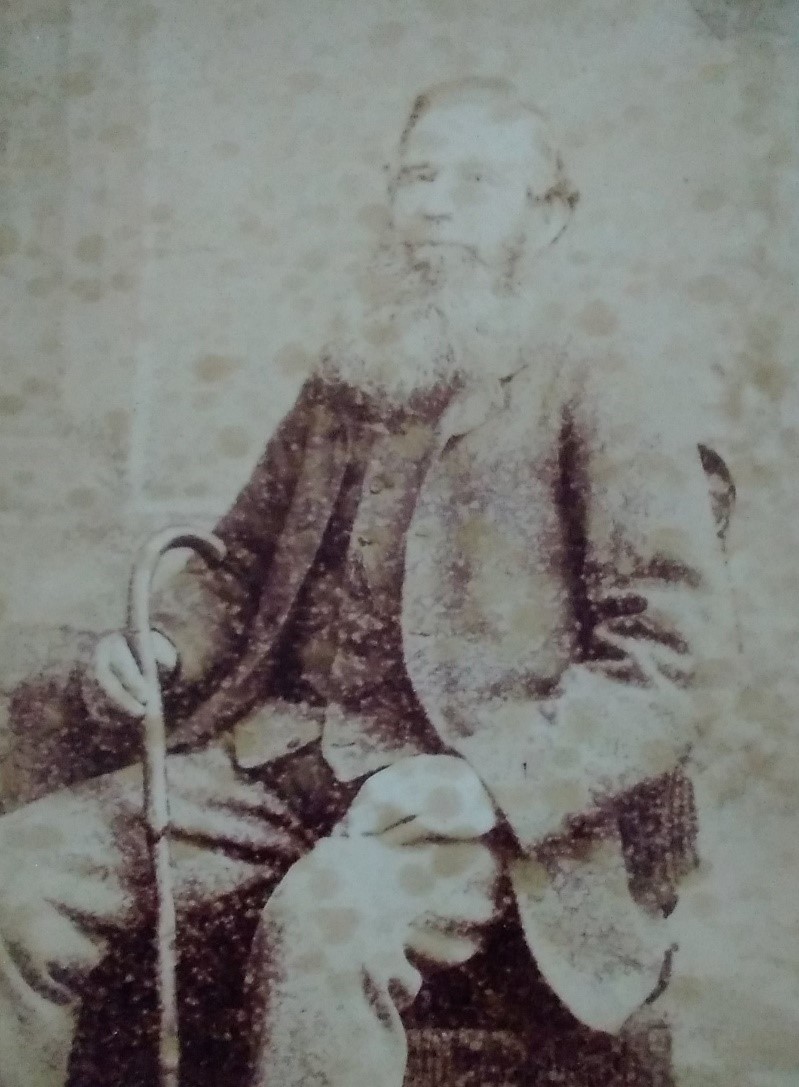