Up until the late 18th century a fulling mill (otherwise known as a waulkmill in Scotland) existed on the Garlogie Mill site. Fulling is a process whereby cloth is thickened by pounding with clubs, driven in this case by a water wheel.  In 1799 Thomas Black and Sons acquired the mill, built a 3 story mill building and commenced wool spinning. Sadly in 1832 Thomas Black’s wool spinning business was bankrupted and offered for sale by public roup in The Lemon Tree Tavern in Aberdeen.  The mill was then bought by Alexander Hadden and Sons who were already operators of a large mill at The Green in Aberdeen (behind what is now the Station Hotel and Hadden Street).  In the 1840s a gas plant was installed near the entrance to what is now Garlogie House at the West end of the mill, with the gas being stored in a gas house next to the mill.  No trace of either building exists today.  Various other additions were made to the site in the later 1800s including what was termed the Willey Room which housed machinery for the cleansing and teasing of raw wool.

In 1904 the economics of the wool spinning business went into decline and Alexander Hadden were forced to close their Garlogie Mill operation.  The yarn spinning machinery was sold at public auction in July 1905 and the business transferred elsewhere. By the early 1930s the majority of the mill buildings had been demolished and the steam raising plant removed. The engine house chimney was demolished in the late 1950s.  Today the only surviving remains are the beam engine house, part of the back wall of the Mill which was subsequently incorporated into the 1920s turbine house and the Willey Room which in 1931 was renovated, improved and turned into Garlogie Village Hall.

In 1969 Dunecht Estates gifted the village hall to Aberdeenshire Council who then assumed ongoing responsibility.  The village hall was renovated and extended by the Council in 1987.  In the 1970s the Royal Commission for Ancient and Historic Monuments Scotland (the forerunner to what is now Historic Environment Scotland) surveyed the remains of Garlogie Mill.  They recognised the particular importance of the surviving beam engine which had by this time become the oldest steam engine in Scotland still in its original location by placing a Category A listing on the engine house and the beam engine.  This in due course led to Dunecht Estates gifting the remains of the mill site to Aberdeenshire Council in 1993 and following major refurbishment of the beam engine house and water turbine house the site was opened to the public as a Museum of Power in 1994.

The Museum was staffed on an occasional basis during the summer months but closed in 2000, only being accessible since then by special arrangement with the Aberdeenshire Museums Service.  The Garlogie Beam Engine Trust was formed in 2019 with the aim of taking control of the site and once again making the Museum accessible to the public. 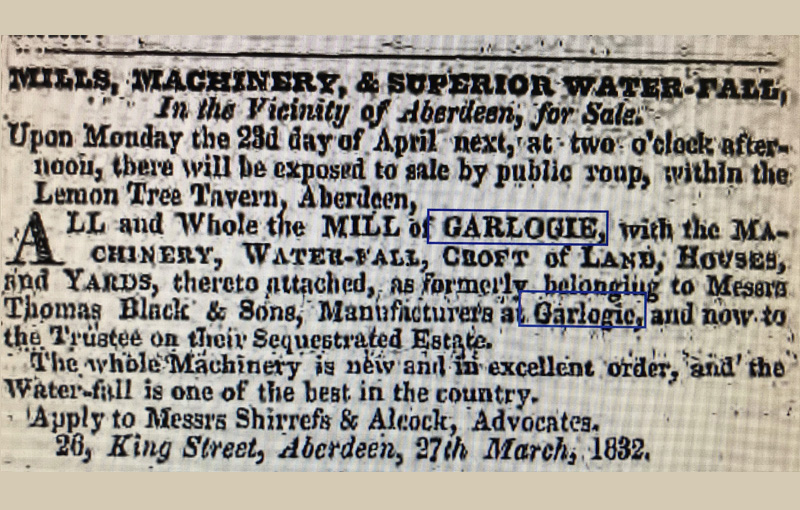 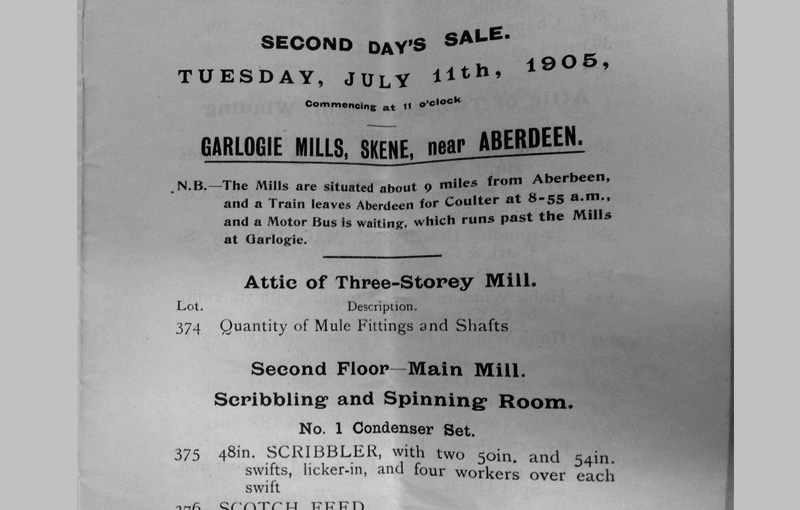 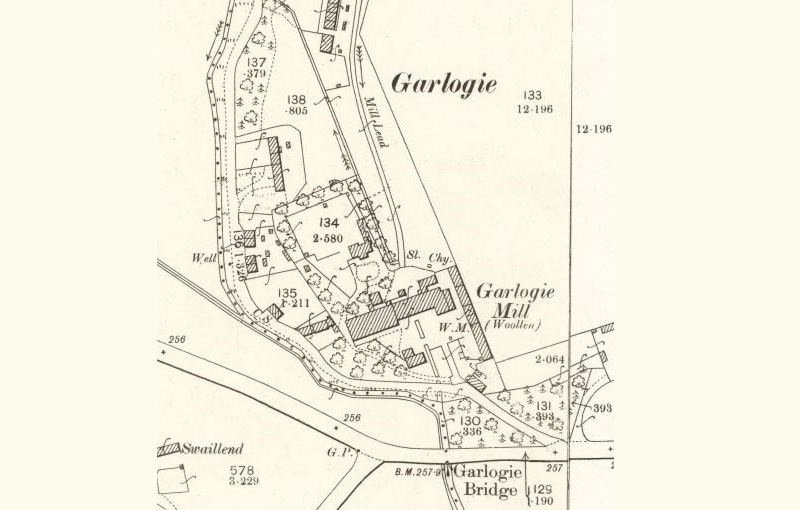 Extract from the 25 inch OS map of 1900 showing the mill lade and the layout of the site. 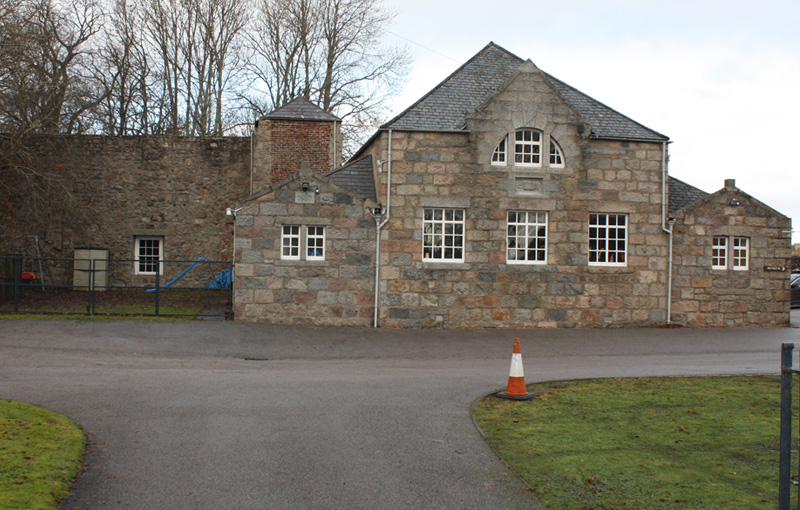