On display in the hydro-electric plant is the complete suite consisting of a water turbine, electrical generator, switchgear, control and distribution equipment installed by Lord Cowdray in 1923.

The horizontal water turbine is of the Francis type and was manufactured by Swiss company Escher-Wyss.   It is directly coupled to a 3-phase 220 volt and a 110 volt DC exciter, both manufactured by the English Electric Company, and a flywheel in between.  The whole hydro set ran at 500 rpm. The generator is rated 90 kVA at power factor 0.8, giving an overall power output of 72 kW which is equivalent to about 97 horse power.  The original brass rating plates are missing but fortunately were photographed during a survey in the 1970s.

In general, the system seen in the Garlogie mill is a miniature arrangement of a typical large hydro station. Although separate from the alternator in physical terms, the exciter is an integral part of the generating system. Its purpose is to generate DC electrical power to energise, or excite (hence the term “exciter”) the powerful electro-magnets on the alternator rotor winding by means of stationary carbon electrodes (known as brushes) rubbing against two rotating copper slip rings. The rotor winding rotating inside the stator create an alternating magnetic field in the stator winding, that is a 3-phase concentric winding in this case.   When the alternator is connected to a load or synchronised to the power grid it supplies current and thus provides electrical power. All of these electrical generating system components can be clearly seen in this small-scale hydro generation set. The output from the generator was fed into a step-up 220 V to 3300 V 3-phase AC transformer for distribution of the electrical power to Dunecht House which is about 3 miles away. The higher distribution voltage helps to reduce energy loss in the form of heat in the supply wires. The overall control was manual and the station had to be manned.

Escher-Wyss were founded in 1805 in Switzerland.  They were originally a textile spinning company but expanded to include water wheels, water turbines, power transmission equipment, small ships, boilers and steam engines. The company remained independent until it was taken over in 1969 by Sulzer.  They are now part of the Andritz Hydro group which specialises in hydro power equipment.

The English Electric Company Limited was a British industrial manufacturer formed after the armistice of World War I by amalgamating five businesses which, during the war, had been making munitions, armaments and aeroplanes.   It initially specialised in industrial electric motors and transformers but rapidly diversified.  In 1968 English Electric’s business was merged with GEC and in 1989 GEC and French company Alsthom merged their power generation and transport businesses in a new joint venture, GEC Alsthom (renamed Alstom in 1998).  In 2001 the Alstom Contracting division became Cegelec and in 2007 the UK branch was rebranded as Quartzelec and became an independent original equipment manufacturer. The remaining Alstom’s power generation business was sold to the American multinational conglomerate GE in 2015.

Unfortunately, it appears that this generator design was considered too small & too old and consequently its records cannot be found or were lost. 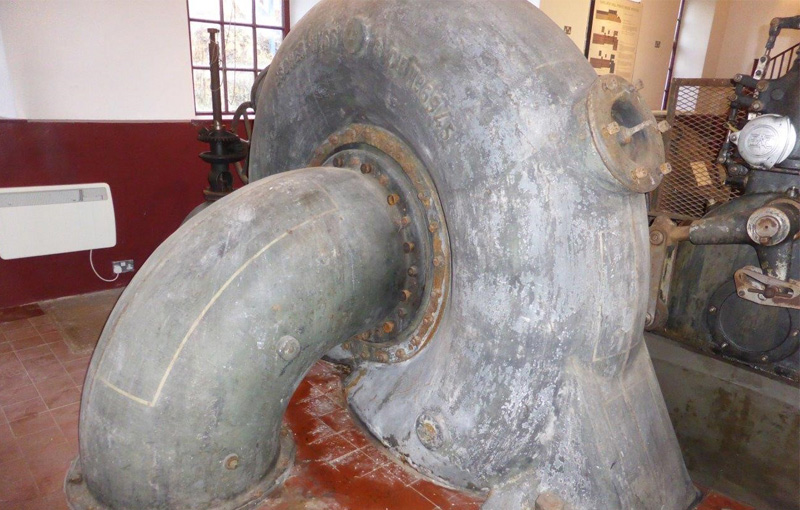 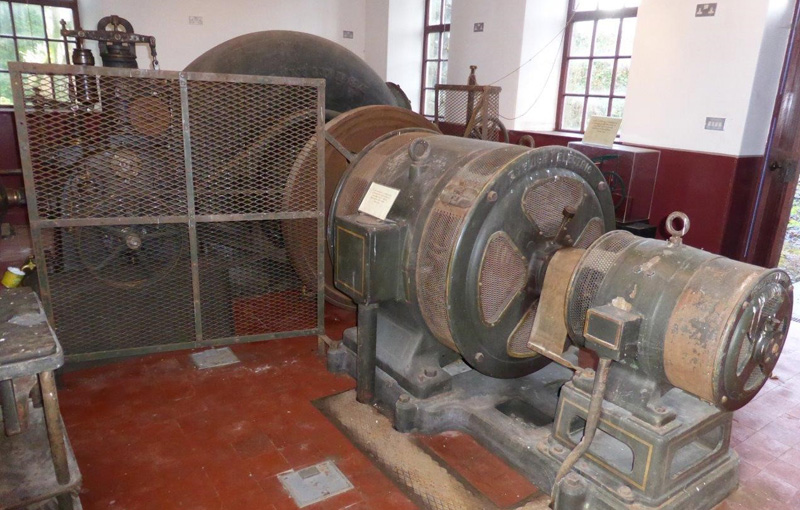 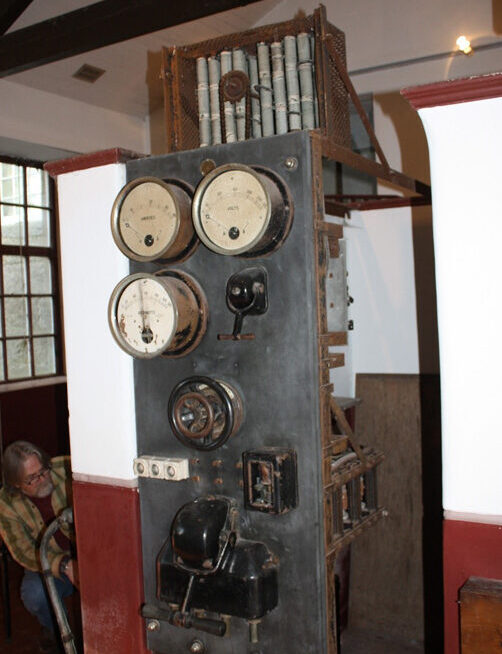 Close up of switchgear, controls and meters 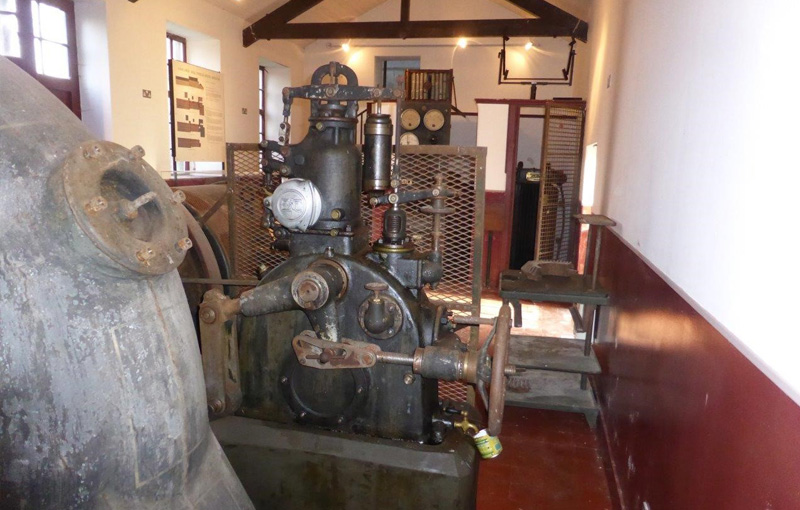 General view of power turbine house interior. Note the governor and linkages for speed control of the turbine. The electrical switchgear, excitation and control rheostats, voltage and current meters, frequency meter and the 3.3 kV transformer can be seen in the background. 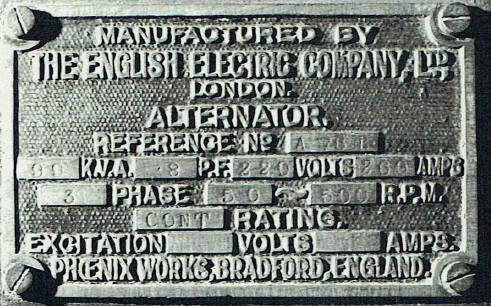 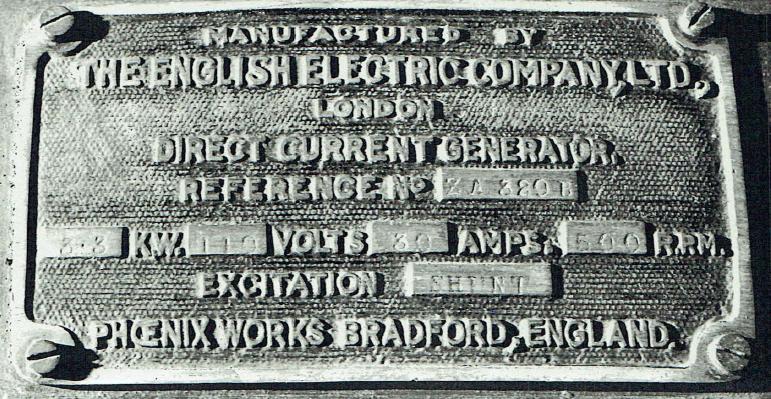