Water power for Garlogie Mill comes from the Leuchar Burn which flows out of Loch Skene.  In a map of 1788 there is evidence of 3 mills being in operation in the vicinity of Garlogie – one meal mill close to the outlet from Loch Skene and 2 further down close to the site of what is now known as Garlogie Mill, one of which was known as Mill of Air.   It is believed that the early mill on Garlogie Mill site was a fulling mill (otherwise known as a waulk mill) which was driven by a water wheel.  Unfortunately, we have no details on the water wheel type or location.  A new water wheel and mill lade were constructed in around 1827 in the time of Thomas Black, these were still operational in the late 1860’s and supplied power to the new Garlogie Mill buildings.

The 1827 water wheel was replaced by an 18″ Hercules Turbine of 64 horsepower sometime in the second half of the 19th Century.  The Hercules turbine was developed in 1876 John B. McCormick and was a forerunner of the now common Francis turbine, an excellent example of which can be seen in the power turbine building at Garlogie.  The Hercules turbine was installed with its axis vertical in a small building just next to the North wall of the main mill building, two sets of bevel gears being used to transmit the power to the line shafting in the main mill.  Today the Hercules turbine building can be seen at the West end of the power turbine building. Unfortunately, the turbine itself was removed at some point before the power generation equipment was installed. The extract from the 25 inch OS map of 1900 on this site shows routing of the mill lade into the Mill at the time it was operational.

Following the sale of the mill machinery in 1905, Alexander Hadden and Sons kept the mill buildings and surrounding workers cottages in good condition in the hope of attracting a buyer for the site.  This was a very protracted process as prospective users of the site were unsure of the water rights which had been a source of bother and dispute ever since the days of Thomas Black in the 1820s.   Eventually Haddens were forced to accept a low offer for the mill buildings from Weetman Pearson, 1st Viscount Cowdray who in June 1918 had purchased the Garlogie portion of the Skene estates.

Lord Cowdray investigated various ideas for use of the site, including conversion to a sawmill, but eventually decided upon making use of the mill water supply to electric generate power for Dunecht House. In the early 1920s work started on a significant upgrade to the Leuchar Burn to make it suitable for power generation. The outlet from Loch Skene was raised by a few feet by means of a new outlet sluice which was installed at Leadside near Milton of Garlogie.  800 m South of Leadside a large dam 5.7m high and 32.9m wide was constructed across the Leuchar Burn to create a shallow reservoir for the water supply to the power plant at the mill.  An outlet low in the dam wall was created to carry water in a concrete pipe (called a penstock) laid along the course of the previous mill lade to a large surge tank just behind the Garlogie Mill buildings.   This surge tank effectively served as an extension to the reservoir and supplied the water to the new hydro plant that was installed in a newly constructed turbine and generator building next to the beam engine house.   Once water had passed through the turbine it was discharged via the course of the old mill outlet back into the Leuchar Burn.  At the time of writing the discharge from the dam into the concrete pipe to the mill is closed and only leakage water drains into the surge tank, which empties via a small by-pass drain.   Unfortunately, plans are afoot to demolish Garlogie dam to enable the passage of salmon up river for spawning.

The law relating to water rights in Scotland has always been a matter of Scots law and there has never been a UK water law.  Initially, Scottish land owners had full control over the use of the water from rivers and lochs on their land. There was also the legal principle of common interest which meant that if a river flowed through the lands of more than one owner, each landowner downstream was entitled to receive the same quantity and quality of water.   From the 18th century, because of the importance of water power to the industrial revolution, the common interest rights of land owners with respect to river water became increasingly contested in the courts, with disputes continuing into the 19th Century.  From the second half of the 19th Century, the situation began to develop due to the need for public water supply systems and in order to limit pollution, with some water rights being transferred to various public bodies.

The state of affairs was transformed between 2002 and 2013 when the Scottish Parliament passed various water supply acts in order to create an integrated public interest statutory framework for the management and use of water resources.  These acts amongst other things created the Scottish Environmental Protection Agency (SEPA), who now have oversight over all abstractions, discharges, impoundments, and river works.  The position today is that that water rights of land owners have been significantly reduced compared to the 19th Century, with the management of water resources no longer based on land ownership but being determined by the public interest.  One wonders how the endless arguments about the mill water supply that blighted the lives of Thomas Black, Alexander Hadden, and Thomas Todd would have turned out differently had the current legislation been around at the time.

Yours of 19th inst. Received with water supply and Note of Rentals.

I am very surprised to hear that Garlogie Mills apparently have NO permanent “right” to the Loch of Skene water!  I return your above named plan and hope you will investigate this all important question further, before I see Mr Siddall.

I think your statement must be wrong that we pay £12-10-0 a year for the water supply to the Trustees of Hamilton of Skene.  My conviction is that this annual sum represents the amount we pay as rent for the thin strip of Skene estate through which the lade goes.  I have always looked upon it as a rent paid under a perpetual lease because the lade itself was built at Messrs A.H & S expense and is their actual property.  Messr’s Watt and Cummins (?) are I think the Skene Estate Agents and can no doubt confirm this.

While the mills have remained silent (these last 11 years) I have continued to pay this full rent (without asking for any reduction) on purpose, so that on work being resumed there should be no question then to be reopened with the Skene Estate Trustees on this subject.  If I had done otherwise my position would possibly have been weakened.  As regards the water of the Loch, surely we have established a prescriptive right to it after so many years use.  The Burn is the overflow from the Loch.

With Mr Siddall I propose to negotiate on the basis of (1) Value of mill buildings and land and plant; (2) Value of mill cottages; (3) Waterpower.  As regards cottages, I see the yearly rentals amount to £104, on how many years purchase should I calculate the capital value of these cottages?  The value of water power is over £200 per year, at how many years purchase should this be taken?  I suppose I may be hearing from Mr Siddall direct in the course of the next week, so I should be glad if you would likely write on these points as soon as possible. 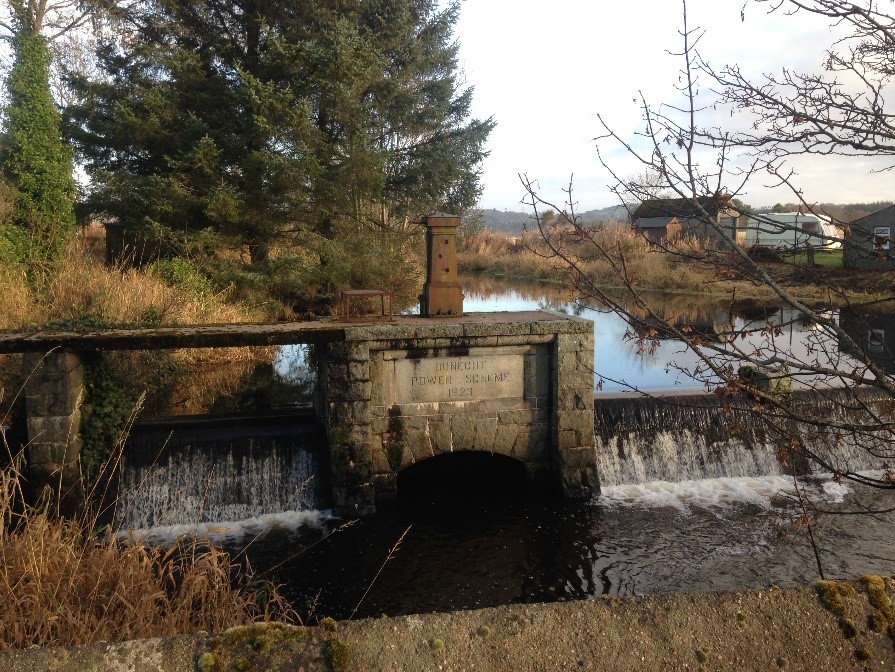 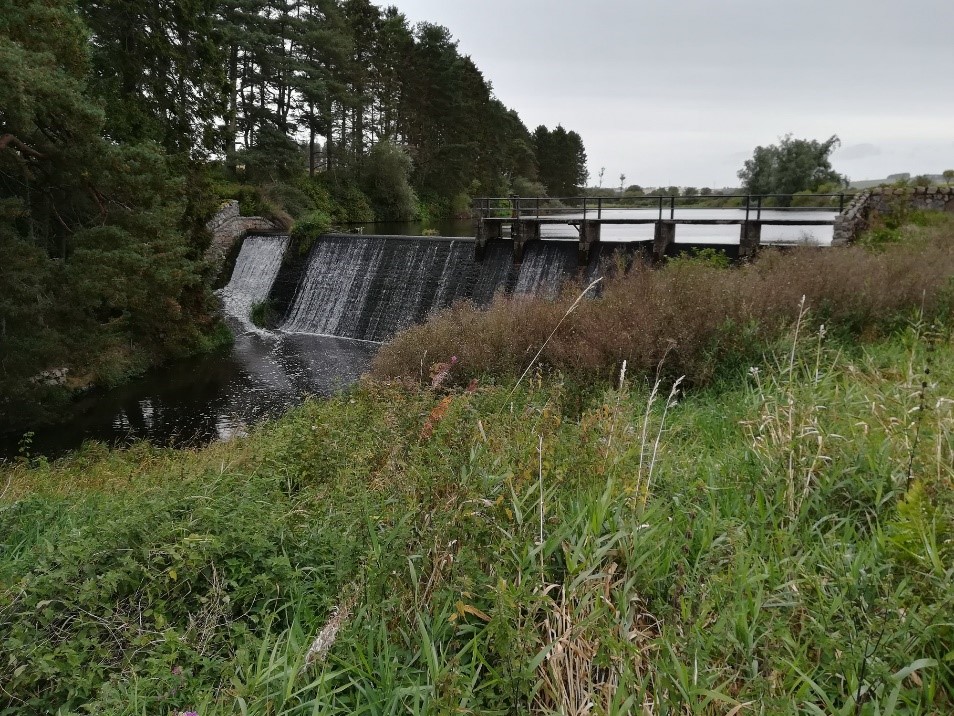 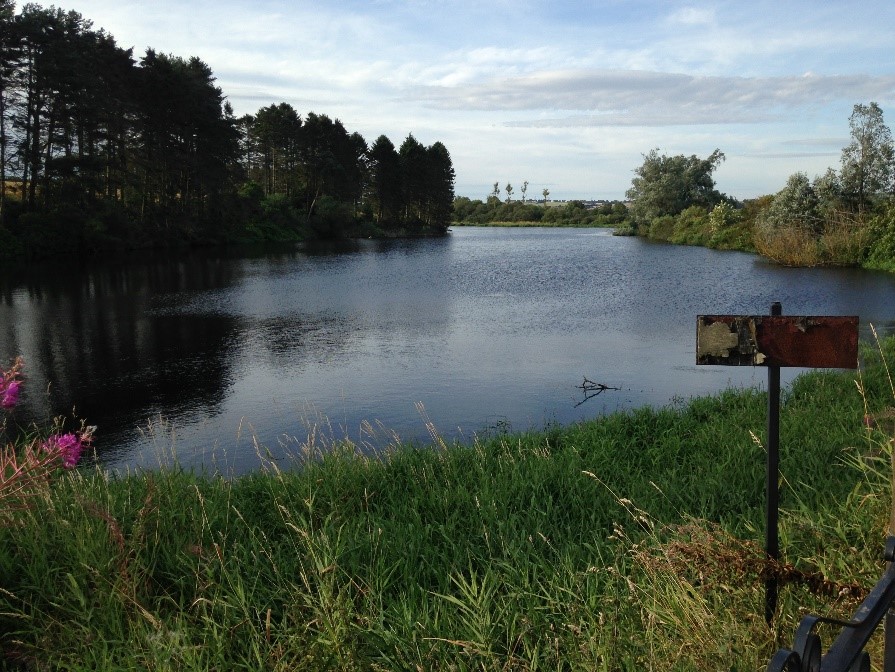 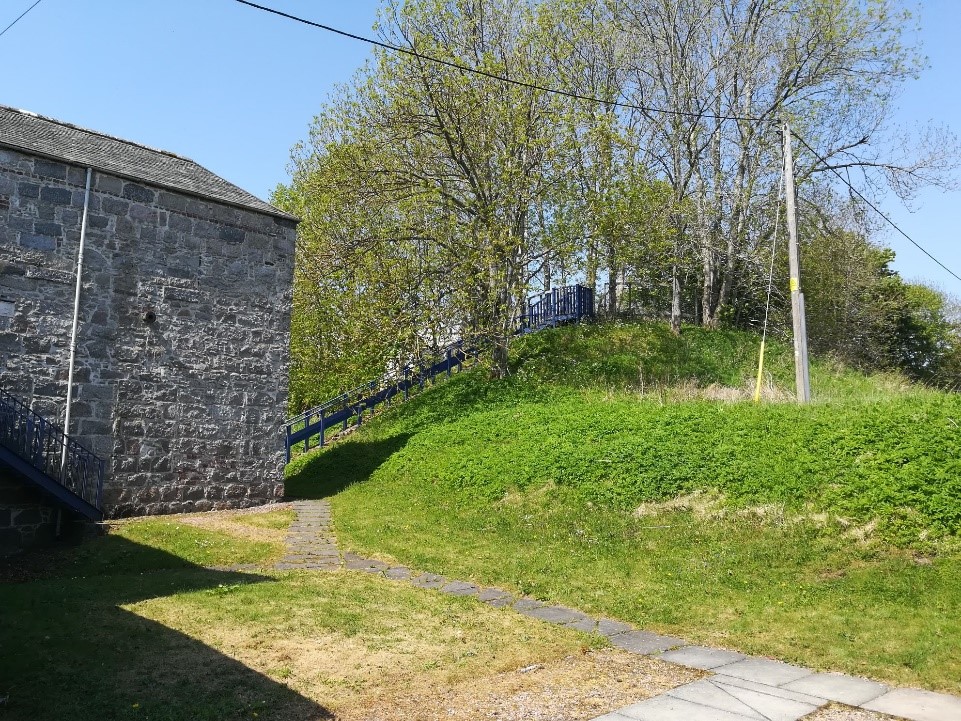 Letter from Thomas Todd (agent for Alexander Hadden and Sons) to Cochran & McPherson (advocates in Aberdeen) in 1915 regarding water rights to Garlogie Mill.